Sam, like any average guy after high school, goes and gets a minimum paying job and begs his mom to let him live at home still since hes flat broke. Sam’s first job is working for McDonald’s bringing home a respectable $9.18 an hour. Now this story might be starting to sound impossible but here is where all the magic starts to happen. $9.18 an hour times 40 hours a week is $367.20. $367.20 a week times 52 weeks in a year is $19.1k a year. This would land Sam in the 12% tax bracket so his take home for the year is $16.8k. (Yes, some states have local income tax as well but for the sake of keeping everything as simple as possible let us just say Sam lives in Florida which has no state income tax.) This looks bleak but Sam is determined to make his dreams of independence a reality, so he saves every penny he can and thus the first year is concluded.

January 1st of the following year Sam wakes up to a nightmare. He realizes his current income isn’t enough to get him to his goal. But Sam is also very average and doesn’t feel ambitious enough to find a new job or anything so he stays at McDonalds. When he gets up he is greeted at his door by his father. Dad isn’t to pleased that his son is now 19 years old and still freeloading at his house. He says to Sam, “You are going to start contributing 20% of your income to me for rent and food!”. Sam obviously can’t argue with this because even that is better than the alternative so he agrees. At the end of Sam’s apprehensive walk to work that day, because McDonalds is indeed open on the first, he is met with another surprise. Sam’s manager tells him about his yearly $1 raise. Now a normal person would scoff at this measly one dollar but not Sam. Sam’s eyes light up and the wheels start turning!

When Sam returns home that evening after his shift he takes out pen and paper to reassess his finances and ponder a new idea he heard to increase his income even further. Now that Sam makes $10.18 he is making $21.2k a year and bringing home $18.6k. He grins but then remembers he has to pay his father 20% ($310 a month his first year) and quickly cries. After a small cry he figures his new take home after ‘dad rent’ is about $14.9k.

Sam has a day off the following day and walks to the library for the free internet to work on his new idea. Sam’s manager at McDonalds told Sam that since he liked saving money it would be a wise idea to start an investment portfolio for his future. Sam told his manager that he couldn’t possibly be smart enough to know what he would be doing in making a portfolio, so she replied by telling him to google a little thing called an ETF. She explained that he didn’t have to make a portfolio, instead, he could just use all the money he has saved up to buy a dividend yielding ETF and he would be done. Sam’s head was spinning and he still didn’t quite understand what she was telling him. Sam made it to the library and logged onto a computer. There he googled what an ETF was. Here was his google “What’s the best dividend ETF“. He checked the first couple search results and they all had a few of these ETF things there. Sam jotted down the names of the first couple ETFs that were listed. He then learned a couple things as he was reading up on them. Fist, he learned that ETF stood for Exchange Traded Fund. Second, he learned that an ETF is a little piece of many many companies so that it was already diversified and significantly less risky than owning a single share of any one company. Thirdly, and finally, he learned that ETFs have small management fees to keep them diversified for you.

Sam started to grin as dollar signs flew through his eyes. He looked at the three ETF names that he had jotted down and searched each one. He found that one ETF Yielded the most. (He then googled what yielded meant to find out that it just meant paid him.) He found that another charged much lower management fees than the others but still yielded almost as much as the others. Sam, being the cheep guy that he is, chose the one with the smallest fees. The ETF’s name Sam chose was the Vanguard High Dividend Yield ETF.

Sam, now armed with the knowledge that he can just dump every penny he had into this ETF he found, couldn’t figure out a way to buy the ETF, and everything he was searching was to complicated and said things like brokerage accounts and that there were fees. Sam was discouraged.

When Sam arrived at work the next day he asked his manager how to buy the ETF he found for free. Sam’s manager said, “that’s easy, just download the Robinhood app. Takes like 2 minutes.” Sam responded by saying he doesn’t have a smart phone. Sam’s manager said, “no problem, they also have a website called robinhood.com.”

Next week on Sam’s day off he returned to the library where he got online and went to robinhood.com. There he was pleased to see that they had an extremely simple interface and he quickly signed up for their free account. Once his account was made he clicked the search icon and typed in “Vanguard High Dividend Yield ETF” and there it popped up. He was very happy to see that it was so simple and he made the big step to click on the buy button and purchased $16.8k worth of shares. (For the sake of simplicity lets just skip past the 5 day waiting period it takes your bank to transfer funds so we don’t have to read about another trip to the library!)

Sam, after his first year of work, at age 19, owned $16.8k of Vanguard High Dividend Yield ETF. He was quite proud of himself. Fast forward through the next year and Sam had made the anticipated $14.9k that we figured up earlier, which he reinvested into his Robinhood account, where he bought more shares of Vanguard High Dividend Yield ETF. To Sam’s surprise, after he deposited the $14.9k he actually had an additional $529.20 in cash! He couldn’t believe it! That was much more than he made in one week! The ETF had paid Sam 3.15% on his $16.8k that he put in the first year. On top of that his 16.8k had now turned into $17.4k from the actual value of the shares growing by 3.85% in value. Sam got out his pen and paper and added everything together. Sam now had $17.4k + $529.20 + $14.9k which equaled $32.8k!

Sam knew the power of what he stumbled onto and repeated for the next three years, also gaining his $1 raise each year. He brought home $16.4k the third year, $17.8k the forth year and 19.3k the fifth year, after taxes and ‘dad rent’, all of which he added to his ETF “portfolio”.

Now lets wrap this up. After the five years, if we take the average of what Sam invested each year, about 17k, and use a compounding interest calculator at 7% (3.85% in equity + the 3.15% in dividends) over 5 years, you get $97,762.56. It has been 5 years since Sam started his journey. He is 23 years old now with just one month to go until he reaches 100k. At this point Sam now has several paths he could take in life with his 100k but lets tease this idea of retiring forever.

With 100k invested at age 23 Sam now makes, on average $262.50 a month, doing nothing, from just dividend returns. This means Sam can take his young adult life and do something like buying a one way plane ticket and backpack Europe. That’s where you stay in hostels with other young people for free room and board and he has $262.50 a month for food. Our story doesn’t quite end here though. Here is where it gets the most interesting. After Sam has spent the next 20 years traveling around the world, joining some peace core and living in Hawaii on a banana farm or something, he doesn’t have just $100k anymore. The equity in his ETF shares has continued its average 3.85% growth each year along side paying him his monthly food money. Sam has now not worked for 20 years(!) and experienced most the world has to offer to return home with $213k (all the while his food money has been increasing as well). Sam would now be 43 years old. If Sam found some roommates, lets say 2 of them, and they rented a 3 bedroom house for $900 a month or Sam brought his Euro girlfriend along from his travels and they rented for $600 a month then he would still have his half of rent and food money covered from his now $560 a month on average dividend check.

Finally, let’s fast forward to the retirement age of Sam’s peers, (even though Sam hasn’t worked for the last 20 years!) let’s say 65 years old. Sams $213k has now grown to $490k on just the average 3.85% equity growth (along side of Sam’s rent and food money). Many of Sam’s peers are retiring with less money than that saved. Sam is currently receiving $1286.25 a month from his dividends for only working 5 years of his entire life. He hasn’t had a job for now 42 years(!), just to start enjoying his golden years, also work free. Spectacular job Sam. You deserve some time off!

Guys, if you have made it this far then I sincerely thank you for reading. I hope you enjoyed and if you liked it and wouldn’t mind sharing I would be most grateful. I promise future posts will never be this long and hope you will check back. 🙂 Obviously this story was the bare minimum situation and variables were left out for greater simplicity, but it was just to show that it could be done with nothing working at McDonalds. So many of us have different circumstance that one could tailor this model to their own situation, whether that be adding a couple years onto the five or starting with a better job and higher raises. This post is to inspire using real numbers and a retirement path that actually exists that shows just how simple and easy it can be to live free.

Also, if you would like to hear a little more about the fun of Travel and a little less about boring ol money I would encourage you to check out An Urchins Life which is all about just that. 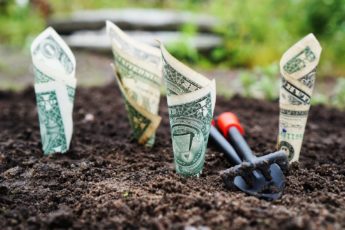 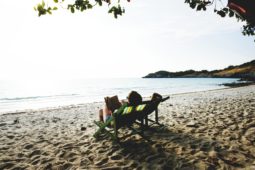 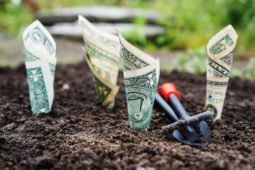